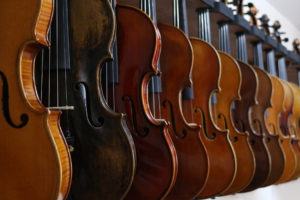 History a Record of Change.—History is a record of changing conditions. Nations rise into prominence and fall again; cities are built to be torn down by conquerors; even the face of the earth has changed since the days when the scions of the Aryan race began to leave their home in Central Asia. Arms of the sea have shrunk to rivers, rivers to shallow streams, the desert sands have encroached on the once fertile valleys, and choked the springs and brooks of the meadows. Geologists tell us that the great valleys were made by the alluvial deposit washed down from the hills and mountains by the streams. The Chinese followed the course of the great rivers that made toward the eastern seas, the Hindoos toward the southern ocean, and still another “swarm” followed the great rivers Euphrates and Tigris, which came from the mountains of Western Asia. The great valley lying between the desert and the mountains, a scene of waste and ruin as far back as the time of ancient Greece and Rome, was once a most important centre of population and wealth, the home for centuries of races that had reached a high degree of culture in the arts and sciences, and the seat of what may be considered the oldest of extinct civilizations. The valley was wonderfully fertile, was brought to a high degree of cultivation and supported an enormous population. As an instance of the physical changes that have taken place in this region, it may be mentioned that about 4000 B. C., the Tigris and the Euphrates entered the sea by different mouths, instead of joining as now and in the days of Abraham, the patriarch, who came from this region, and the town identified by modern scholars as “Ur of the Chaldees,” which is now 150 miles up the Euphrates, was an important seaport.

The Chaldeans.—When the Aryans came down into this valley they found already established there a people whose records are now being unearthed, called Akkads, belonging to the Mongolian family, who had reached a high degree of cultivation in art and science. The records found show that music was an important branch of study; at a very early date the harp, pipe and cymbals are mentioned, and we infer that the people were fond of singing, since many sacred hymns have been recorded in tablets. This race, joined to others, founded the Chaldean kingdom, the capital being Babylon. In the 12th century B. C., a king of Assyria, in the northern part of the Tigris valley, conquered Babylon and thus gained the ascendancy. 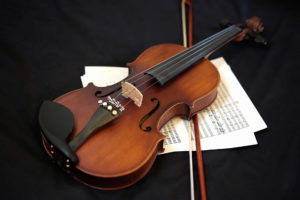 The Practice of Music Among the Babylonians.—In the great ruins now being excavated, tablets of clay have been found which give a vivid idea of the social and religious esteem in which music was held by the Babylonians. One of these tablets, said to date back more than three thousand years B. C., contains a representation of musicians. One strikes with a hammer upon a metal plate, another carries a reed pipe, a third plays upon a harp of eleven strings, while two others beat time or give the accent by clapping their hands. Especially rich in sculpture is the palace of Sennacherib. One of the relief decorations shows a festival procession in honor of the returning conqueror. In front walk five men, three with harps, a fourth with a kind of lyre, whose strings were struck with a plectrum; the fifth bears a double flute. Two of the harpers and the lyre player dance. Then follow six women, of whom four carry harps, one blows a double flute, while the last beats a sort of drum. Following the instrumentalists come six women and six children singing, who indicate the rhythm by clapping their hands. From the fact that in these sculptures a few soldiers indicate an army, we infer that the Babylonians made use of large bodies of players and singers in their great ceremonies. These tablets indicate that the Babylonians made much use of trumpets to give signals to the armies and when great masses of the people were gathered together. That musicians were highly esteemed we judge from the fact that on one occasion Sennacherib spared the lives of musicians among his captives, all others being put to death. Since the Chaldeans, especially, were famous as astronomers and mathematicians, it is thought that they, like the Egyptian sages, had knowledge of the mathematical relations of the various intervals.

Chaldean Instruments.—Two instruments seem to be especially noticeable: the Symphonia and Sambuca. The former was carried to Palestine by the Hebrews, at the end of their captivity, and, according to their accounts, seems to have been a sort of bagpipe, an instrument particularly suited to a pastoral people like the early Chaldeans. As to the Sambuca we have no authentic knowledge; it seems, however, to have been an instrument of the zither type, held horizontally and played with a plectrum. A stringed instrument, struck with a hammer, called the Santir is credited to the Assyrians.

Egyptian Music.—When the great Alexandrian Library of 495,000 works of Persian, Chaldean, Hebrew, Egyptian, Greek and Roman literature was partly destroyed during Julius Cæsar’s battles with the native Egyptians, in 47 B. C., and finally, A. D. 391, by Christian fanatics, history suffered an irreparable loss. Treasures of learning in all branches, the records of early civilizations perished, never to be replaced. Today we are dependent upon the discoveries of explorers in the ruins of the great Egyptian cities, temples, tombs and pyramids. The Egyptians believed that articles of necessity to the living being were necessary to the individual in a future existence. If certain things could not, in reality, be placed in the tomb, a pictorial representation would have almost equal value in the invisible world. In Egyptian tombs pipes or “flutes” have been found, and in one instance, in the tomb of a musician, the bronze cymbals he played when alive. In the various tombs and ruins that have been examined by explorers, pictorial representations of practically every phase of Egyptian life have been found. The sources for our knowledge, almost wholly inferential, are, then, the various pictorial and sculptured representations of the Egyptian musical instruments and the manner in which they were used, and a few fragments of their sacred books, which were forty-two in number, two being devoted to music, although but one fragment has been found. It must be noted, further, that the Egyptian Government, although nominally a monarchy, limited, not absolute, was in reality theocratic. The priestly caste had final power, and the rules and regulations drawn up by them prescribed the minutest detail of life, crushing all possibility of independent thought and freedom of action, a condition fatal to high artistic development.